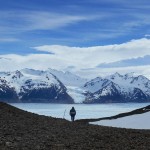 I first met Brent back in high school, and till this day, he is still probably the smartest kid I know. For the longest time, I sort of revered him from afar as this seemingly awkward math genius, and took the rest of him for granted. Yet fate has a funny way of bringing people closer. One thing led to another, Brent and I left our jobs at serendipitously similar times, and we started to rendezvous in various pockets of the world for a motley of shenanigans filled adventures. Fast forward half a decade later, Brent is easily one of the closest confidants in my inner circle. I am extremely grateful to have him in my life; not only his more than occasional Haaverd smatass comments, but also his uncanny appetite (for both food and knowledge), his merry nonchalance, and his always forgiving, always tolerating kindness.

Our friendship has certainly evolved over the years, most recently fostered by our mutual appreciation for remote solitude. During our sabbaticals (early life crises?), we embarked on various trekking escapades in East Africa, Asia, the Swiss Alps, and Patagonia. Till this day, Brent is still the only son of gun I know crazy enough to swim to and back from an iceberg in early Patagonian spring (Brent is 120 lbs. on a good day, so it’s not like he is covered with blubbers either). I’ve learnt two things during our numerous excursions. 1) Brent is easily one of the kindest and most accommodating souls I know. 2) Brent has one of the greatest laughs in the whole wide world. Its hearty bursts echo between all the mountains, lakes, and back, and they remind you resoundingly that life is more than OK.

Now, unlike our strolls in the woods that sometimes sustained solely on peanuts and chocolates, our adventures in civilizations were threaded together by our immense gluttony for tasty treats. Over the years, Brent has taken me under his wing in pursuit of some of the greatest meals I’ve ever had. We’ve once accomplished four “bang bang”s in south Taiwan in a matter of hours. Yes, that’s eight restaurants. In central Chile, we ordered a two pound double cheeseburger for dessert, after having already devoured a steak feast for three. We once stalked a stranger for 10 minutes out of central Seoul Station, and decided to drop all our plans for the afternoon in search of some cheese tarts. The list goes on. Needless to say, Brent knows food, and he knows it well. So my friend, thanks for all the fond memories and extra calories, and cheers for many more to come…

Let’s get straight to the point: you’re looking for a list of tasty food. But first, let’s explore the concept of this list. Not to help you in your search of course – mostly to make caveats and absolve me of responsibility.

I have eaten and drunk many things in my life*, but very few fall into the “life-changing” category.** This category is special – it is for the food that will kill conversation, cause you to reschedule flights, and induce heartbreak and longing upon returning home. It’s for both food and drink, vegetable and meat, living and dead. It’s for food that I’ve eaten – not for food that I would like to eat but haven’t had the chance to yet. It’s not in order, as one’s enjoyment of food is highly dependent on a variety of factors (weather, surroundings, previous meals, etc). It’s the cream of the crop. It’s delicious.

This is obviously not a complete list – I have not eaten everything in the world. This is just a tribute. To food!

(Note: The pictures of the food haven been taken from the internet – I am a much better eater than photographer. Also my travel photos are somewhat in disarray.)

Obviously, this list is biased. It only contains food that I’ve eaten, and at restaurants that I’ve patronized. And it’s short.

Anyway, let’s finish with some tips on how to find tasty food.

1. Ask around for recommendations.

3. Be aware that much bad food will probably be encountered and eaten.

Have a tasty time!

* as have most people, with the exception of soylent drinkers, vegetarians, and vegans, but I digress.

** “life-changing food”, taken literally, of course just means food that has changed one’s life. But we are taking a more restrictive view. That tap water that gave me 3 weeks of diarrhea in Nepal? Certainly life-changing. Certainly not going to make this list.

***Amusingly, when Lei and I were in Seoul, he saw someone carrying a bag with the same logo. Having been exposed to cheese tarts before, we then spent the next hour wandering around looking for these drops of heaven.

The Fascination of Fear

This site uses Akismet to reduce spam. Learn how your comment data is processed.

Barranco, Cliff Side Stacation a Stone Throw Away From Downtown Lima
11 months ago